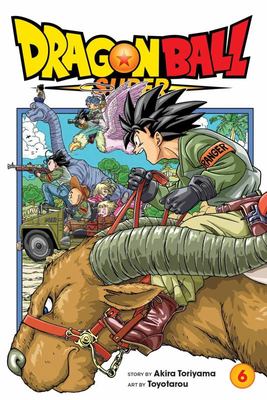 
Ever since Goku became Earth's greatest hero and gathered the seven Dragon Balls to defeat the evil Boo, his life on Earth has grown a little dull. But new threats loom overhead, and Goku and his friends will have to defend the planet once again in this continuation of Akira Toriyama's best-selling series, Dragon Ball


The Zen Exhibition Match continues and all of the Gods of Destruction seem to really want a piece of Beerus. But the Lords of Everything quickly grow bored of the chaos and opt for a much simpler exhibition match: Goku vs. Toppo from Universe 11. Toppo is strong So much so that even Goku struggles against him. And Toppo isn't even Universe 11's strongest warrior That title belongs to Jiren. With the Tournament of Power looming in the near future, Universe 7 already seems to be at a huge disadvantage Will they be able to put together a team in time to overcome this gap in power?